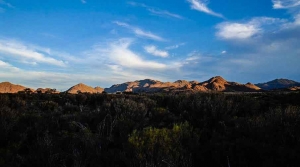 PY Media (Pitjantjatjara Yankunytjattjara Media Incorporated) had its genesis in community television EVTV (Ernabella Video and Television) in Pukatja (Ernabella) in the early 1980s and the extensive sideband radio network which serviced the entire region from the late 1970s til early 1990s.

Umuwa was established in 1991 as the administrative centre of the South Australian Freehold Lands. The executive of the landholding body APY felt strongly the need for a specific organization to manage the burgeoning load of media issues and for that organization to be placed alongside central management. Thus PY Media was born and housed at Umuwa.

PY Media has played an historic role in the development of media and communication services in the region and has been the flagship of Indigenous media in Australia for several decades. It has recorded and broadcast thousands of hours of traditional dancing and singing and contemporary Anangu music; it has broadcast across the lands in Pitjantjatjara and Yankuntjatjara, the language of the people and has at the core of its charter ‘the arrestment of cultural and social disintegration using the broadcasting arts and sciences’ .

5NPY is the regional FM radio network on the APY Lands operating from Umuwa where the broadcast signal is sent to Alice Springs, uplinked to the Aussat satellite and beamed down to the six main communities on the Lands where it is retransmitted.

Anangu producers broadcast in the Pitjanjatjara or Yankunytjatjara languages. The priority in programming is to provide information and news services to the population