Desmond has a very unique song writing style and some big plans for the future. He is also our longest serving radio broadcaster and put in many hours broadcasting health and news messages during this year.

PY Media was able to continue operations throughout the peak of the Covid-19 outbreak in Australia; keeping the APY lands updated on Government health messages, road closures, border closures and relevant messages such as travel and fuel restrictions. We were able to facilitate the translation of relevant Covid-19 health alerts to Pitjantjatjara and Yankunytjatjara for radio, social media and television broadcast.

Laurie May Posted: Huge thanks to all the bands in the APY Lands that came down to the Bush Bands Bash Information Night in Pukatja on Wednesday 29th May 2019. ⁣⁣
⁣⁣
Thank you to Craig from PY Media – Radio 5NPY for your support, and Skylight Mental Health for letting us use the ANTEP building ?⁣⁣
⁣⁣
We had over thirty people come down to get more information and application support MusicNT’s Laurie and Ruby ☺️⁣⁣
⁣⁣
Good luck to all the bands who have applied so far, don’t forget you have until June 11 to submit your application!⁣⁣
⁣⁣
Head to www.musicnt.com.au or email [email protected] for more information. 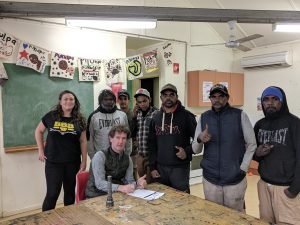 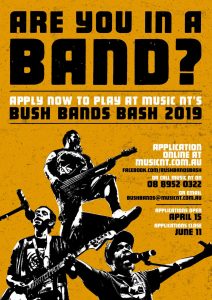 PY Media welcomed a new RIBS Support Officer this week. Craig Hodges joined PY Media on Monday 22nd October. On Tuesday Craig headed out with PY Media Manager Thomas Holder to visit the 5NPY Radio Stations at Fregon, Mimili and Indulkana. In Fregon Craig met with Sam Ken, then down the road in Mimili with Kevin Katjatji Tjami and later with Jeremy Henry Whiskey in Indulkana.

As a new staff member with PY Media Craig will be working closely with the 5NPY Radio Announcers in the coming weeks and months ahead. In the past Craig worked in East Arnhem Land with Lirrwi Yolngu Tourism as a Development & Mentoring Officer. He has experience working in both radio and television and looks forward to creating new content with the local communities.

Many years ago, when Craig was a primary school student at Victor Harbor, he joined one of the first exchange programs with the Fregon School with teacher Chris Tapscott.

Prime Minister Malcolm Turnbull visited Fregon Community on the 31/10/2016 and 1/11/2016. The people of Fregon Community were all very excited to meet the Prime Minister. PY Media conducted a two day Outside Broadcast and covered all aspects of the event.  The PM, Malcom Turnbull even took part in an interview with Manager Tom Holder and Chairperson Sammy Lyons talking about his time in Fregon, the Tjukurpa stories he heard about the Wanampi (Rainbow Serpent) and a variety of other topics as well. 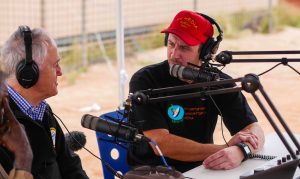 Pitjantjatjara Yankunytjatjara Media (PY Media) has been selected as the 2016 recipient of the Indigenous Remote Archival Fellowship, which will empower us to archive and preserve our invaluable audiovisual collection.

Through this opportunity we will be able to learn the skills to look after the incredibly important collection of video and audio resources that back to the early 1970s. Many other organisations applied for this fellowship however PY Media won this opportunity and will be sending three Anangu to Canberra to work with AIATSIS and the NFSA and develop the skills to care for, catalogue and make available to the community of APY the resources that make up much of the historical cultural record of the forebears.

Stay tuned to find out more about this exciting and important opportunity.

Here is senior traditional elder Ginger Wikilyiri in character giving a small and very natural performance in between filming at Wami Kata. Ginger talks about waking his spears and sharpening his boomerangs in preparation for the morning’s hunting expedition. This is a snap shot into traditional practices that have all but passed from memory…..

We are very to pleased to show the products from a recent project between PY Media and the Department for Planning, Transport and Infrastructure about waste management on the APY Lands.

The three videos present viewers with a story about the changing times, contemporary issues and our ability to work together to manage a universal issue, waste, here on the APY Lands.

This was a professional production that presented challenges and the success of which relied upon the innovation, creativity and clarity of vision of the cast and crew.

ALL MEMBERS ARE ADVISED OF THE INTENTION TO HOLD OUR AGM AT UMUWA ON THE WEDNESDAY, 26TH OF NOVEMBER 2014.

The duo from Ba-boom shaking the ground of Mimili community with their funky beat’s enjoyed by the whole community . Ba-boom visited Mimili during August and showed the kids how to play the drums. For more information click this link. http://ba-boom.com.au/  The visit coincided with Minister Scullion’s and the Yankunytjatjara dictionary digitisation handover. The kids enjoyed every minute and every second of their performance, making loud noises in front of the community.

Py-media recorded a film about it the day and have produced a copy for the website. The film was edited by Caro Macdonald and will be uploaded to our website soon.

PY Media crew, Desmond Woodforde and Pin Rada attended a CFS training session at the Mimili Tip attended by Fire chief, Tony, and his crew, Adrian, Tunula, Apara, and a yangupala wailpala. Together they learnt the important stages of working together as a team to manage a car fire, an important job for community fire fighters in the APY lands.

Check out our program times and tune in to hear your favorite music, DJ or catch one of our revealing interviews and many other radio productions. listen to the interview….. Here, the first PY Media Soundpole located alongside the most visited place in the commuity – the Amata Store. People can hear the radio 24/7; the speakers face down; clear sound radiates about 25 metres. Powered by the sun.