Kaltjitiadmin2016-11-22T05:12:58+00:00
Kaltjiti, formerly known as Fregon, had its beginning in 1934 when Harold Brown was granted the water permit for the Shirley Well block, 60 kilometres south of Ernabella. The well on the north side of the Officer creek was dug near the existing bore and the Browns built their house on the south side. Remnants of the ruins are still visible today. Harold Brown was a “dogger”, trading and collecting dingo scalps. Aboriginal people living in the area warned the Browns of the danger of their underground bedroom collapsing in wet conditions. The warnings were ignored and tragedy resulted. The Rev. Harry Taylor from Ernabella gave this account.

In the heavy rains of 1939, the Browns were killed by the cave-in of the roof of an underground room. Punipuni came to the mission from Shirley Well across flooded country to get help. I estimated that she would hardly have left there much before 8:30 am. and she arrived at Ernabella at 3:30 pm. I don’t know the distance either, but it wouldn’t be less than 30 miles in a straight line. We had a student at the mission at the time … he and I set out on foot about 7:00 pm. It wasn’t possible to take the truck as we had had something like 6 inches in 24 hours. Shirley Well recorded 12 inches – which was the cause of the tragedy. With a short “sleep” of about 1.5 hours at 2 am. we eventually arrived at Shirley Well at about 10 am. the next morning.

The sleeping couple had obviously been killed instantly by the fall. The Aboriginals, who were camped at Shirley Well, dug them out before we got there. Their boy of four was brought home to Ernabella by us and eventually sent to relatives.

This account describes what the times were like in 1939. The lease was resumed by the government later that year, and Ernabella gained the grazing rights. After the abortive attempt in 1957, to jointly establish outstations west of Ernabella, it was decided in 1960, to establish an outstation on the Shirley Well block under the umbrella of Ernabella. Aboriginal people were camped at Shirley Well permanently, which made it easy to expand the sheep industry to include this area.

Fregon was built with government assistance in 1961 as a base for cattlemen and their families. A site was chosen 4-5 kilometres south of Shirley Well on the Officer creek about 60 kilometres south west of Ernabella. The aim of the outstation was to provide training in cattle work and for the families to have access to traditional country in the sandhills to the west. Fregon was administered through Ernabella and it wasn’t until 1968 that it had its own airstrip. It began with a school, a small hospital, a workshop, a small store and staff houses. There were four staff members including a schoolteacher, a nursing sister, an overseer and a cattle manager.

The outstation was designed for 100 people and once again the water demands were not high. The original bore was sunk by the Aboriginal water driller and was only about 6 metres deep on the western side of the Officer creek. The water was very salty and it wasn’t until bores were drilled over the sandhills to the east of the creek, that water of better quality was available.

The cattle work began in 1961 with the purchase of 200 head of cattle and expanded to approximately 7,000 head in the late 1970’s. At this time, Fregon had been administering its own affairs for about 6-7 years and the population had grown to approximately 250 people. It had experienced the same changes during the 1970’s as Ernabella did and therefore had a much higher demand for water than when it began. A community council was formed and the community was incorporated in 1973 as Aparawatatja. 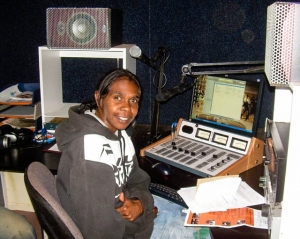 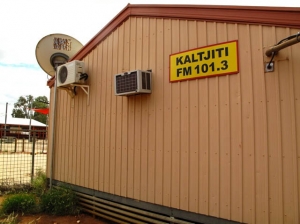