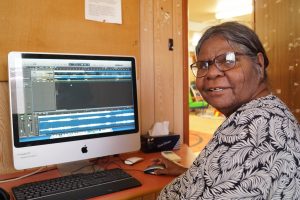 Sandra Lewis is an experienced and motivated broadcaster on radio 5NPY. She lives and reports on life in Ernabella and reflects on issues such as Land Rights. She is deeply involved in her community and is a proud member of PY Media. Spirituality is also an important topic for Ikungka. Listen in as she blends music from all genres with commentary on Pitjantjatjara and Yankunytjatjara culture, politics weekly. 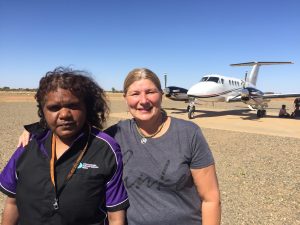 Anne Thompson is a multi-talented staff member with PY Media. Anne is familiar with video camera operating, editing and broadcasting having worked with PY Media in past years. Anne has expressed an interest in doing wildlife documentaries and speaks fondly of her childhood growing up on her family homeland on the APY Lands. Anne is also actively involved with the Ernabella art scene and is a respected community member. 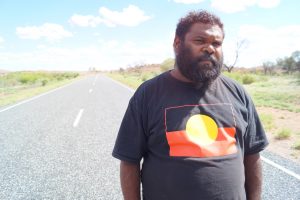 Jeremy Whiskey broadcasts daily from  5:00 PM to 6:00 PM from the community of Indulkana (Iwantja/Indulka). Jeremy is a very talented musician with an eclectic musical repertoire and a keen mind for topics and issues relevant to the community of the APY Lands and beyond. He presents with a unique style and is a valued member of the Radio 5NPY network. 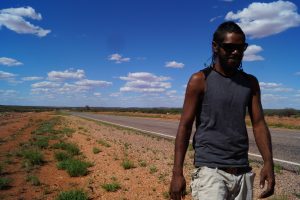 Jason Cullinan broadcasts daily from 1:00 to 2:00 PM from the community of Indulkana (Iwantja/Indulka). Jason is known widely for his skilled guitar playing. He likes to play a broad collection of music for his listeners and support local issues relevant to the community of the APY Lands and beyond. He has also been teaching FLO students and local schools kids about the operations of the radio studio. 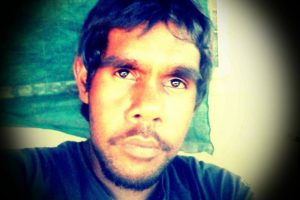 Nigel is new to Radio 5NPY as of April 2019. He broadcasts daily from 1:00 to 2:00 PM with Jason Cullinan from the community of Indulkana (Iwantja/Indulka). The team is impressed with his confidence and presence while presenting on the radio. We look forward to watching Nigel further grow his skills and become a valuable Radio 5NPY team member. 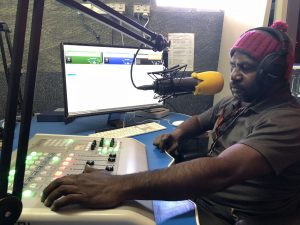 Amos Frank was formerly a Hawthorn Football club player. He returned to Fregon and now broadcasts daily at 2:00 PM from our Radio 5NPY studio. Amos is a gregarious and well known broadcaster on the Radio 5NPY network. He also has diverse range of skills as an audio visual media producer having worked on many audio video projects over the years. We look forward to Amos inspiring future radio broadcasters in Fregon and beyond. 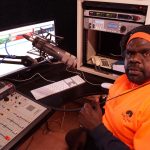 Shane Brown is a passionate musician from Fregon. He enjoys sharing his musical creations on radio 5NPY is partnership with Amos Frank and Sam Ken. Shane is a relatively new broadcaster on the radio 5NPY network and is looking forward to growing his skills and knowledge of community broadcasting. 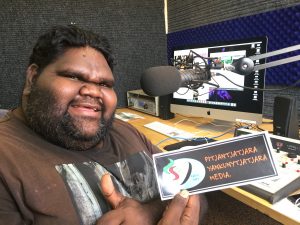 Liam approached PY Media in late 2018 wanting to work on radio. Liam comes from a family of excellent musicians and performers. His late father toured with the Warumpi Band and was an outstanding instrumentalist. Like his father, Liam has a great ear for music and is a multi-instrumentalist. Liam now broadcasts Tuesday, Wednesday and Thursday afternoons from the Amata Radio 5NPY studio. Liam is also actively involved in the local Amata football team and is well known in the community. 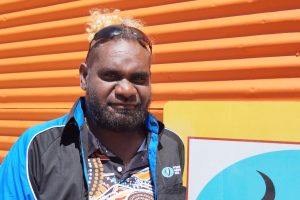 Sam Ken joined Radio 5NPY in Fregon in late 2018. He got on radio 5NPY with the support of Amos Frank and has proved to be a confident broadcaster. Outside of radio Sam is a multi-instrumentalist and enjoys playing the drums. He hopes to get a band together and as his knowledge grows he aims to produce more of his own radio programs in the coming months. 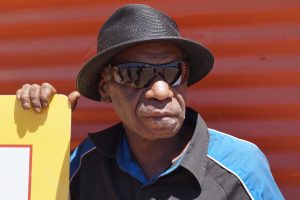 Desmond Woodforde broadcasts from the PY Media Mimili Community Studio where he brings a range of pertinent questions and issues to the community of APY. Desmond is a passionate and highly skilled musician who has produced a range of music. You will hear Desmond’s songs blended into his daily shows – they are truly unique and very, very catchy. 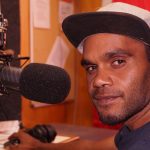 Katjatji Tjami broadcasts on Radio 5NPY from the Mimili Community. Katjatji is a highly skilled radio broadcaster and sound engineer. He often adds narrative to the interviews through his skills with editing software.He is also actively involved in Community Patrol work and is well respected in the community. 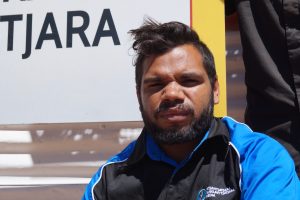 Nate joined the Radio 5NPY team after several weeks of visiting the studio and talking with Kevin and Desmond. Nate joined the team officially in early 2019 and has proved to be a talented broadcaster. His confidence continues to build as does his selection of music. We look forward to him developing his editing and interviewing skills in 2019.